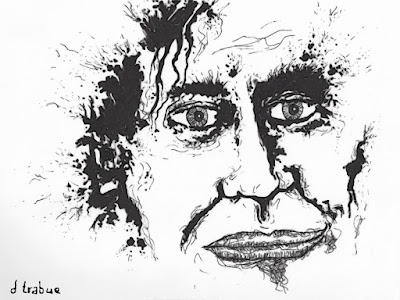 I am an invisible man. No, I am not a spook like those who haunted Edgar Allan Poe; nor am I one of your Hollywood-movie ectoplasms. I am a man of substance, of flesh and bone, fiber and liquids – and I might even be said to possess a mind.

I am invisible, understand, simply because people refuse to see me. Like the bodiless heads you see sometimes in circus sideshows, it is as though I have been surrounded by mirrors of hard, distorting glass. When they approach me they see only my surroundings, themselves or figments of their imagination, indeed, everything and anything except me...

I was never more hated than when I tried to be honest. Or when, even as just now I've tried to articulate exactly what I felt to be the truth. No one was satisfied...

I remember that I'm invisible and walk softly so as not awake the sleeping ones. Sometimes it is best not to awaken them; there are few things in the world as dangerous as sleepwalkers...

For, like almost everyone else in our country, I started out with my share of optimism. I believed in hard work and progress and action, but now, after first being 'for' society and then 'against' it, I assign myself no rank or any limit, and such an attitude is very much against the trend of the times. But my world has become one of infinite possibilities. What a phrase - still it's a good phrase and a good view of life, and a man shouldn't accept any other; that much I've learned underground. Until some gang succeeds in putting the world in a strait jacket, its definition is possibility...

Whence all this passion towards conformity anyway? Diversity is the word. Let man keep his many parts and you will have no tyrant states. Why, if they follow this conformity business, they'll end up by forcing me, an invisible man, to become white, which is not a color but the lack of one. Must I strive towards colorlessness? But seriously and without snobbery, think of what the world would lose if that should happen. America is woven of many strands. I would recognize them and let it so remain...

Everywhere I've turned somebody has wanted to sacrifice me for my own good—only /they/ were the ones who benefited. And now we start on the old sacrificial merry-go-round. At what point do we stop?

I denounce because though implicated and partially responsible, I have been hurt to the point of abysmal pain, hurt to the point of invisibility. And I defend because in spite of it all, I find that I love.
Posted by Dan Trabue at 12:15 PM No comments: Links to this post 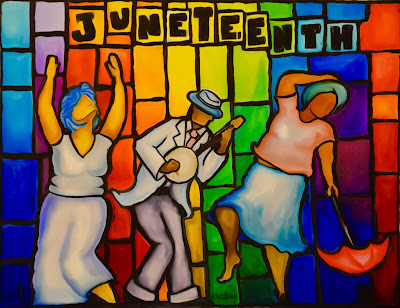 I've been engaged in a dialog (if you can call it that... I raised points and asked questions and was met with insults, errant presumptions and no answers to the reasonable questions I was raising...) with some conservative folk recently on the topic of Reparations.

My position is that the US only officially apologized for slavery in 2008 and we've never (that I can tell) had a serious consideration of the notion of reparations for the devastating harm caused by the great evil of slavery (and the extension of Jim Crow laws that lasted until my lifetime! 1965!) to the people and their families affected by slavery/Jim Crow. That is, as far as I can tell, there has never been a serious congressional level researched review of the matter led by the black folks whose families have been affected by centuries of slavery and Jim Crow.

I note the surveys that say (depending on the survey and how the question is asked) that ~60-80% of black folks think that Reparations either ought to happen or at least be considered.

Consider: If a Jewish family had art in Nazi Germany that was stolen by Nazis and that direct family was killed off by Nazis, but descendants of that Jewish family had escaped and a great grandchild was to find out today that a great grandchild of the Nazi that stole their family's art still had that art, then it would be reasonable to expect that the art would be returned to the family from which it had been stolen. That wasn't to cast any blame on the descendant of the original Nazi thief... to say that they were to blame for the Holocaust or anything... only that to be just to the aggrieved family, it is reasonable that this debt should be paid.

Reparations for the great evil of slavery is like that. It is, at the very least, a reasonable thing to be considered.

Of course, the easiest and best thing to have happened was that slavery never happened in the first place. The second best (least awful?) thing would have been to make Reparations in 1865, when it was much more clear and direct a payment to the injured parties.

That didn't happen and now, the question IS rightly muddled today.

...that we didn't do the right thing right away does not absolve us of the paying the debt that was/is owed, or at least considering the matter seriously and at the Congressional level.

I say all of that to say this... In that conversation I was having, one of the questions I was asking was simply, "Can we agree that a great evil was done and a great debt was owed?" Never answered. They could not even agree that slavery was a great evil. They DID say that if reparations were going to be paid, it should have happened back then (in ~1865). But it didn't.

I brought up the Jewish art scenario to see if they could agree that debts should be paid to descendants of the aggrieved, since the right thing wasn't done immediately. No answer.

I say all of that to say this: What they kept coming back to is the (on the face of it, ridiculously stupidly false) claim that the only reason people bring up the notion of reparations today is to intentionally divide and stir up bad feelings. I raised the question that we're talking about tens of millions (if not more) of American citizens who think the question should at least be considered... is it reasonable to assume bad intent on ALL those people's part? No answer.

I then pointed out that they are assuming "hurt feelings" or "division..." and I asked (and THIS is the central point I'm making here...), It will cause hurt feelings or division for whom? The majority of black folk and their allies who think the question of reparations should finally be seriously considered at the congressional level? No, of course they won't feel offended or divided.

No, the concern these white conservative men were raising is that it would cause hurt feelings/hard feelings/division amongst white people... they don't want their white feelings hurt.

But it's not about them.

I've been clear that the question of reparations is not to cast aspersions or blame upon white people today, people who never owned slaves. The question is, does the US gov't owe a debt of payment to the people (and their descendants) whose lives were devastated by the great evil of slavery... because it was US policy that allowed decades of slavery (following centuries of slavery prior to the US becoming a nation) and decades of the Jim Crow extension of oppressive harm to the families of black folk.

When I asked them whose feelings are being hurt by raising the question of considering reparations? Still no answer.

Of course, the answer is obvious (maybe not to them, I don't know... they wouldn't even acknowledge the question). These white men feel that if a concern makes them feel uncomfortable, they don't want to really hear the concern because it's "divisive."

It's the presumption of white privilege that these very same white men would insist doesn't even exist... even as they claim it! They could not even get beyond their emotional fears that it might hurt their feelings/cause "division" (to them) to recognize that the question is about black folk, the descendants of slaves and those harmed/oppressed by the great twin evils of slavery and Jim Crow.

Let's listen to black folks. It's not OUR call to make, white folks.
Posted by Dan Trabue at 7:17 AM No comments: Links to this post 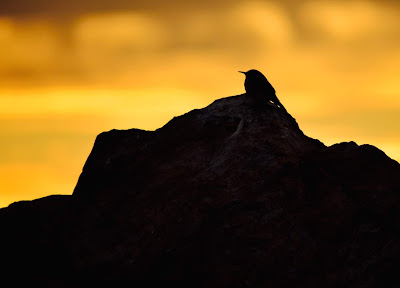 Sun lay low and gold,
mellow heat on an autumn eve
painting trees a rich coffee color.
A sudden tree explosion sends starlings
skyward, starward
into a flurry of songburst and wingplay
over and back
swinging loosely, easily, knowingly.
Synchronized and chaotic.
Beautiful black shadows dancing on an


alabaster sky.
Posted by Dan Trabue at 8:08 PM No comments: Links to this post