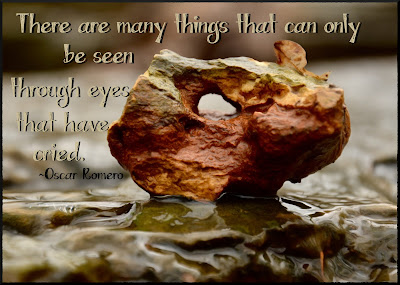 Oscar Romero was a relatively conservative priest in the Catholic Church in El Salvador. The church appointed him to serve as Archbishop of San Salvador, which pleased the wealthy class but worried greatly the more progressive priests who worked with and alongside the Salvadoran poor.

However, in March of 1977, shortly after he was appointed to this post, a Jesuit priest and friend of Romero's, was assassinated. This priest, Rutilio Grande, had been working with the poor there and his death had a great impact upon Romero. Romero later said, "When I looked at Rutilio lying there dead I thought, 'If they have killed him for doing what he did, then I too have to walk the same path.'"

This was the beginning of a turning point in Romero's life. Much to the surprise of conservative and progressive Catholics, Romero became a voice for and with the poor in El Salvador, a voice against the violence by the US-supported military in the nation.

For three years, Romero worked and spoke more direct with and for the poor, spoke out more directly against the violence and oppression of the poor by the nation.

On March 23, 1980 (I would have been celebrating my 17th birthday), Romero delivered a sermon where he called upon Salvadoran soldiers to forsake the violence against the poor, and to follow in God's ways, instead.

The next day, while he was conducting mass at a hospital, Romero finished his sermon, took a few steps away from the podium and was gunned down.

As far as I know, no one has ever been found guilty of the assassination, but it was apparently orchestrated by the (again, US-supported) Salvadoran military.

Some of Romero's words.

"When the church hears the cry of the oppressed it cannot but denounce the social structures that give rise to and perpetuate the misery from which the cry arises."

"I will not tire of declaring that if we really want an effective end to violence we must remove the violence that lies at the root of all violence: structural violence, social injustice, exclusion of citizens from the management of the country, repression. All this is what constitutes the primal cause, from which the rest flows naturally."

"Aspire not to have more, but to be more."


Posted by Dan Trabue at 6:53 PM No comments: Links to this post


In the season of Lent, this year at my church, we've been thinking on the theme of...

...and we've had some nice imagery, stories, songs and sermons shared in the process. Today, a group of friends sang Leonard Cohen's, "Come Healing." It's a beautiful song. Enjoy.
Posted by Dan Trabue at 3:14 PM 29 comments: Links to this post 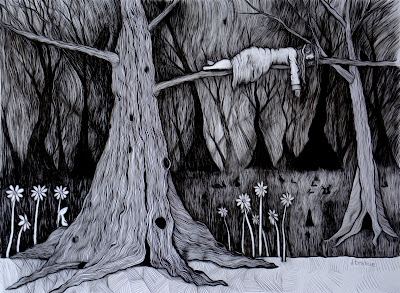 She found she could sleep
anywhere at all
as long as she had friends,
nearby and quiet

Such was the determined ferocity of her heart
and the mighty comfort of her friends.


Here's to all the mighty great women out there! Long may you rest, fight and prosper!
Posted by Dan Trabue at 9:38 AM 1 comment: Links to this post

Lies and the Lying Liars Who Tell Them

Some excerpts from an article from a researcher on the depth and depravity of lies told by this current administration... which comes as no surprise to anyone who isn't blinded by an unhealthy sort of partisanship.

I Study Liars, And I've Never Seen One Like Trump

I spent the first two decades of my career as a social scientist studying liars and their lies. I thought I had developed a sense of what to expect from them. Then along came President Donald Trump. His lies are both more frequent and more malicious than ordinary people's...

In Trump's first 298 days in office, however, he made 1,628 false or misleading claims or flip-flops, by The Post's tally.

[!!! Holy Shit! This is not normal nor should it be acceptable! We can't just casually pass this insane bit of data by! ~DT]

That's about six per day, far higher than the average rate in our studies. And of course, reporters have access to only a subset of Trump's false statements — the ones he makes publicly — so unless he never stretches the truth in private, his actual rate of lying is almost certainly higher.

That rate has been accelerating. Starting in early October, The Post's tracking showed that Trump told a remarkable nine lies a day, outpacing even the biggest liars in our research.

But the flood of deceit isn't the most surprising finding about Trump...

Trump told 6.6 times as many self-serving lies as kind ones. That's a much higher ratio than we found for our study participants, who told about double the number of self-centered lies compared with kind ones.

The most stunning way Trump's lies differed from our participants', though, was in their cruelty. An astonishing 50 percent of Trump's lies were hurtful or disparaging...

By telling so many lies, and so many that are mean-spirited, Trump is violating some of the most fundamental norms of human social interaction and human decency...

Lying lips are abomination to the LORD: but they that deal truly are his delight.

You shall not bear false witness against your neighbor.

But what comes out of the mouth proceeds from the heart, and this defiles a person. For out of the heart come
evil thoughts,
murder,
adultery,
sexual immorality,
theft,
false witness,
slander.

These are what defile a person.

~Jesus, reading a laundry list of an average day in the Trump White House (with the possible exception of "murder...," so far as we know...)
Posted by Dan Trabue at 9:56 PM 48 comments: Links to this post

"What good is it, my brothers and sisters, if someone claims to have faith but has no deeds? Can such faith save them? Suppose a brother or a sister is without clothes and daily food. If one of you says to them, “Go in peace; keep warm and well fed,” but does nothing about their physical needs, what good is it? In the same way, faith by itself, if it is not accompanied by action, is dead."

Work. Keep digging your well.
Don’t think about getting off from work.
Water is there somewhere.
Submit to a daily practice.
Your loyalty to that
is a ring on the door.

Keep knocking, and the joy inside
will eventually open a window
and look out to see who’s there.

“Human salvation lies in the hands of the creatively maladjusted.”

If you cannot feed one hundred people,
Feed one.

“Then the King will say to those on his right, ‘Come, you who are blessed by my Father; take your inheritance, the kingdom prepared for you since the creation of the world. For I was hungry and you gave me something to eat, I was thirsty and you gave me something to drink, I was a stranger and you invited me in, I needed clothes and you clothed me, I was sick and you looked after me, I was in prison and you came to visit me...

[For] ‘truly I tell you, whatever you did for one of the least of these brothers and sisters of mine, you did for me.’’