The Research on Corporal Punishment... 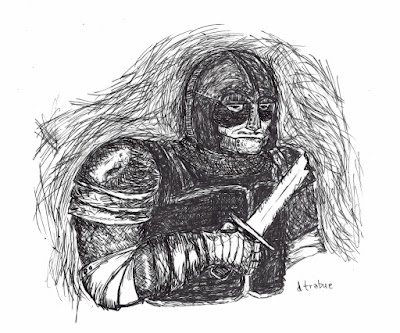 ...or why spanking doesn't work.

A new report on spanking confirms and rather puts a nail in the coffin of the idea of spanking as a good idea. From the University of Texas at Austin...

The more children are spanked, the more likely they are
to defy their parents and
to experience increased anti-social behavior,
aggression,
mental health problems and
cognitive difficulties,

according to a new meta-analysis of 50 years of research on spanking.

The study, published in this month's Journal of Family Psychology, looks at five decades of research involving over 160,000 children. The researchers say it is the most complete analysis to date of the outcomes associated with spanking, and more specific to the effects of spanking alone than previous papers, which included other types of physical punishment in their analyses.

"Our analysis focuses on what most Americans would recognize as spanking and not on potentially abusive behaviors," says Elizabeth Gershoff, an associate professor of human development and family sciences at The University of Texas at Austin. "We found that spanking was associated with unintended detrimental outcomes and was not associated with more immediate or long-term compliance, which are parents' intended outcomes when they discipline their children..."

Both spanking and physical abuse were associated with the same detrimental child outcomes in the same direction and nearly the same strength.

"We as a society think of spanking and physical abuse as distinct behaviors," she says. "Yet our research shows that spanking is linked with the same negative child outcomes as abuse, just to a slightly lesser degree."

Gershoff also noted that the study results are consistent with a report released recently by the Centers for Disease Control and Prevention that called for "public engagement and education campaigns and legislative approaches to reduce corporal punishment," including spanking, as a means of reducing physical child abuse. "We hope that our study can help educate parents about the potential harms of spanking and prompt them to try positive and non-punitive forms of discipline."
=====


In the Christian tradition, Pentecost is that time shortly after Easter, after Jesus had ascended into heaven and his disciples were sitting around figuring out, "What next?" The remaining followers of Jesus (about 120) were gathered together in a house in Jerusalem on a Sabbath when the Holy Spirit came upon them. This is where Jesus had just been crucified a few days before... these were no doubt very scary, dangerous times for his followers. When the Holy Spirit of God came to the disciples, it was like "tongues of fire" falling down upon them. After this happened, they went out into the city and began to preach about Jesus and, in spite of the dangerous political climate, these sermons served to bring people together.


At my church yesterday, some friends joined together to sing the song "One Voice," which you can see above. Here is what the book of Acts has to say about this special day (sometimes called the Birthday of the Church...)

When the day of Pentecost had come, they were all together in one place. And suddenly there came from heaven a noise like a violent rushing wind, and it filled the whole house where they were sitting. And there appeared to them tongues as of fire distributing themselves, and they rested on each one of them. And they were all filled with the Holy Spirit and began to speak with other tongues, as the Spirit was giving them utterance.

Now there were Jews living in Jerusalem, devout men from every nation under heaven. And when this sound occurred, the crowd came together, and were bewildered because each one of them was hearing them speak in his own language. They were amazed and astonished, saying, “Why, are not all these who are speaking Galileans? And how is it that we each hear them in our own language to which we were born? Parthians and Medes and Elamites, and residents of Mesopotamia, Judea and Cappadocia, Pontus and Asia, Phrygia and Pamphylia, Egypt and the districts of Libya around Cyrene, and visitors from Rome, both Jews and proselytes, Cretans and Arabs—we hear them in our own tongues speaking of the mighty deeds of God.” And they all continued in amazement and great perplexity, saying to one another, “What does this mean?” But others were mocking and saying, “They are full of sweet wine.”

But Peter, taking his stand with the eleven, raised his voice and declared to them: “Men of Judea and all you who live in Jerusalem, let this be known to you and give heed to my words. For these men are not drunk, as you suppose, for it is only the third hour of the day; but this is what was spoken of through the prophet Joel:

‘And it shall be in the last days,’ God says,
‘That I will pour forth of My Spirit on all HUMANITY;
And your sons and your daughters shall prophesy,
And your young men shall see visions,
And your old men shall dream dreams;
Even on My bondslaves, both men and women,
I will in those days pour forth of My Spirit
And they shall prophesy.
‘And I will grant wonders in the sky above
And signs on the earth below,
Blood, and fire, and vapor of smoke.
‘The sun will be turned into darkness
And the moon into blood,
Before the great and glorious day of the Lord shall come.
‘And it shall be that everyone who calls on the name of the Lord will be saved...’
~Acts 2
Posted by Dan Trabue at 5:52 PM 2 comments: Links to this post 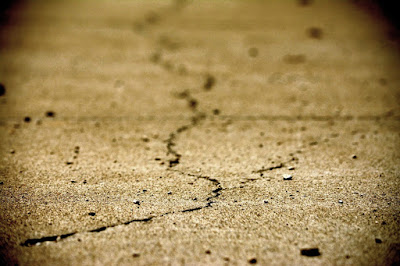 There will come a day
when the very grains of sand
buried within the concrete sidewalks
will shake loose their bonds
and break down the structures that
imprison them
and be free.


I want to be there on that day
with a hammer in hand.
Posted by Dan Trabue at 10:49 PM No comments: Links to this post 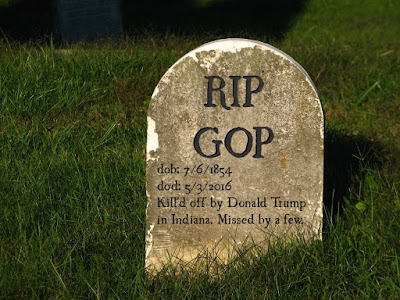 Just a few thoughts on this Trump thing...

2. That is not to say that I think he's a Democrat or liberal... God forbid!

3. I think Trump is most likely a charlatan, a PT Barnum, loudly and proudly proclaiming "There is a sucker born every minute! And I'm here as living proof of that!"

4. That is, I think Trump is in this not for political ideals, just for himself. He'll say just about anything because he knows there's a certain apparently large percentage of the population that will believe just about anything, if you frame it just right and say it with enough bluster and demonize any who disagree with you.

5. This makes Trump potentially dangerous, because you just don't know what he'll do next and he's beholden to no groups, no community, no others but himself and that's all he needs, he thinks. It could well be this whole thing was a joke, to show how gullible a certain percentage of the population is, and how they'll go for anything if the right "leader" shows them the way. As Trump said himself, he could kill someone and his supporters would not stop supporting him. That's dangerous.

6. So, all that to say that the main problem in this Trump candidacy is not Trump himself, he's just an megalomaniacal con man. No, the problem is that so many people could fall under his spell. That's what is scary in all this.

7. Having said that, I'm not worried that Trump will win. I'm certain he's unelectable. Just because there is a large portion of the mostly "conservative" camp that will support him does not mean that there's anything like a majority who'd vote for him across the board.

8. Early on in this election cycle, when Trump was just beginning to establish himself, some GOP spokesperson said that he hoped Trump would be the nominee, just so that he'd get trampled in the general election and hopefully purge the GOP of this wing of their party. Not a bad idea, except that there's a chance that it might just kill off the GOP instead of rebuilding it. Sometimes, what doesn't kill you makes you stronger, but sometimes, it kills you.
Posted by Dan Trabue at 9:03 PM 7 comments: Links to this post