Re: False Claims (this one's for Marshall...)

Sorry, I've been busy and hadn't had time to respond to your finally trying to answer the questions put to you. My letting you continue to comment does not mean you successfully/correctly answered the questions... Only that you made an attempt and we need to wade through your attempt.

"An enemy of the state is a person accused of certain crimes against the state, such as treason."

I'm good with this definition, though it's hardly comprehensive if it says "certain crimes" but gives only one example.
So, IS this your definition or not? It's not clear, but I think it is.

Moving on, then, an immediate question arises... "The press" has not been seriously accused of any "crimes against the state." None.

A. Do you recognize that reality?
Perhaps in an attempt to deal with this, you bobble around, saying...

All that is truly required for the expression to be appropriately applied is that it satisfies the definition regarding crimes committed against the state/people. But even there, the question is, "Would that be 'crimes' of a type codified by law, or 'crimes' in the sense detrimental acts of any kind?"

So, you are defining down YOUR definition of Enemy of the State/People to be "a group accused in a casual manner of some vague metaphorical "crime...", NOT an actual crime... Thus, if a person thinks that Trump's hairpiece is a 'crime against the state...' then TRUMP is an enemy of the state." Or, "If I think it's a crime for a media outlet to be biased in some way (some UNDEFINED way, since we're all unbiased to one degree or another,), then that makes one an enemy of the state..."

B. Is that what you're saying/doing? Watering down "enemy of the state" to the point where it means anyone you don't like of any offense can be reasonably considered an enemy of the state?
If so, the immediate problem arises that the phrase is meaningless. We are ALL "enemies of the state" in the minds of SOME group of people and thus, the term has no point, no meaning.

Beyond that, this is not what "Enemy of the state" means.

C. What "crime" is the media "guilty" of? Not being perfectly unbiased? No one is. By that measure, Fox News and you and Craig and Billy Graham are ALL enemies of the state. Is that what you mean?

D. By your measure, do you think Fox News is an enemy of the state? What's the difference? You appear to have no objective measure for what makes one an enemy of the state.
Marshall: To pretend that a media that can't help but spin stories to portray Trump in the worst light...indeed, they tend to spin stories to promote liberal points of view and have for some time...isn't detrimental to the people is to be complicit in the practice.
Here you appear to be defining "enemy of the state" as a media that is biased against Trump and, in YOUR estimation, portraying him in a bad light (what others would call portraying him accurately and HE makes his own self appear in a bad light because he is an awful, awful person, according to people across the political spectrum...)

E. Fox News was clearly biased against Obama. Does that make them an enemy of the state? Why not?
Your entire case appears to be based NOT on the meaning of the term Enemy of the State or People, but on you thinking it's okay to just make a claim that has no meaning and is not factual.

It's simply a stupidly false claim.

I'm out of time but I'm going to go ahead and post this and give you a chance to respond, Marshall.
Posted by Dan Trabue at 1:45 PM 39 comments: Links to this post

Progress Towards a Better World is Good (Of Course!) 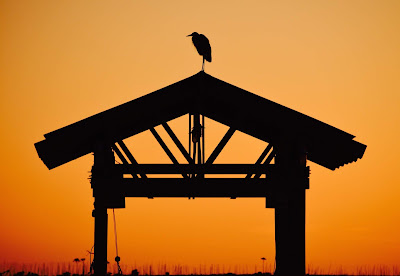 It is funny (and by funny, I mean sort of pathetic-sad) to hear conservatives bemoaning progress and progressive ideals and realities. I recently was reading how one conservative was objecting to progress as an ideal... questioning whether we are, as a world, getting better.

Here's the truth: We are objectively getting better and making progress. Human lives are better now than they used to be.

People who are gay can live with less fear of being killed or beaten or imprisoned. That IS progress.

Women have rights to vote and work and make their own choices. They can choose to marry who they want. That is objectively progress. Women are objectively better off now.

By and large we no longer embrace slavery as an option. That is progress.
Our Wars no longer involve indiscriminate Slaughter or genocide. That is progress. People are safer.
We are objectively better educated as a whole.
Poor people have more options.
Our healthcare is better. We are living longer.
Transgender folks are no longer beaten or killed or harassed to the degree they were.
We have more places that Embrace religious liberty.
We DO have more rights and less infringements of those rights in more places.
More people (many more) are more literate.
My people are no longer slaughtered or threatened or imprisoned for not agreeing with the state religion as we once were. Thank God.

In just about every objective measure, we have made so much progress.

Yes, some religions that in the past used to have more "liberty" to oppress and shame and marginalize those who disagree with them no longer have that degree of "liberty." But that is progress as well.

Many researchers and thinkers have pointed to the data to support the notion that the world IS getting better, progressing to a better place.

For those who are insisting that our "progress" (as they might say it, in scare quotes) is not real or not worthwhile, they're just wrong. They're confusing being able to force and push their religion on others against their will as a backward step. Or perhaps they're just overwhelmed by what they perceive to be a flood of bad news, thinking that it's the norm.

That is their mistake. We do make progress/are living in a world that's getting progressively better in a huge number of measurable ways and that's a good thing.

For those who say that not all progress is good, I don't think they're getting it right.

Not all change is good. The change to a much more deeply engrained fossil fuel society and all the pollution and harm that results is NOT good, of course. But then, it's not progress. It's just change.

And I will note that not all progress is equally good or equally valid. 100 years ago, people with disabilities were often kept at home, hidden away or, worse, placed in horrifying institutions, locked away from "the normal people." That was, of course, a great immoral tragedy. Fifty years ago, that started changing, with people being deinstitutionalized and "allowed" to get out of their homes into "Day Programs..." That was an improvement, it was progress from the "bad old days" of institutionalization. But still, being isolated away from the world in what amounts to adult day cares to be kept safe, but contained is not really living.

Maya Angelou has a quote that is applicable here:

We know now that the better solution for adults with disabilities is not day programs, but community involvement to as large a degree as possible. Getting your own home is better than a group home. Getting out to volunteer at the library, to go to church, to clean the garden is better than a day program. Getting a job is better than being in a sheltered workshop (look it up, if you don't know).

The point being that just because the day program was not the best solution, it was progress and a positive change. And now, people are moving away from that to any even better, plugged into community life and THAT is positive change, progress.

Things are getting better. The data shows it. Believe the data. Believe reality.

And, for those fundamentalists (Muslim fundamentalists, Mormon fundamentalists, Christian fundamentalists, etc) who feel like things are getting worse because their views are no longer in the mainstream and, indeed, are considered harmful and bad, you just have to keep in mind that your loss of opportunity to oppress because of your religious views IS progress, too.
Posted by Dan Trabue at 6:03 PM 143 comments: Links to this post 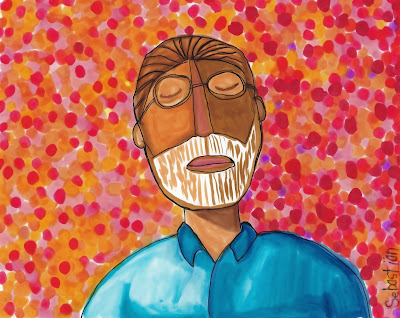 Science tells me that I'm a genius.

Which tells me that, not only am I a genius, but I'm getting smarter every year!

Hard to believe, but data is data.
Posted by Dan Trabue at 4:06 PM 1 comment: Links to this post