I Hear the Sound


CH:
Posted by Dan Trabue at 3:06 PM No comments: Links to this post

On The Nature of Crudity 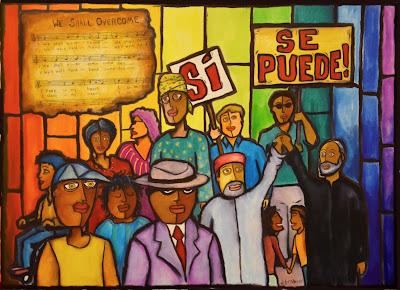 There are some who take offense at the word, "Fuck,"

...but who don't flinch at the Bible where it seems to suggest God orders the forced marriage (i.e., rape) of the virgin girls of the enemy. "Well, of course, God commanded it, there it is in black and white!" they'll say. "So, of course, we can't really say that slavery or forced marriage or killing off children is ALWAYS wrong, because there are circumstances where it may be, indeed, good."

And they are offended by the word, "Fuck."


There are some who will say that "You are demonstrating a depth of depravity and vulgarity that is not to be tolerated and can't even be imagined!"

And they will continue whining,

"I'm telling you that God tells us that God is a Father, Jesus WANTS us to use that term and so, God must WANT us to use Father... and those who'd say otherwise are not even Christians. Why don't they start their own religion rather than interfering with OUR Christianity...?"

...and if someone responds,

"So, you think God's got a big God-dick and wants to be known as the Holy Dude?"

...they sputter and nearly faint at the great depravity in using the word "dick" in a sentence that mentions God.

...but who won't flinch at the depravity in presuming to speak for God something that God hasn't told them, or the arrogance in presuming that Christianity belongs to them.

There are some who think that the US is a Christian nation and that the "liberals" and "socialists/democrats" are evil and godless and who want to destroy the country because they want to let "the Muslims" come in and cut off the heads of infidels and others from shithole countries come in and rape our people and sell drugs and leech off the welfare system...

...but who don't speak out against a pussy-grabbing, daily-lying, disabled-folk-mocking, racists-encouraging, immigrant-demonizing, criminal greedy idiot who can only be called an awful, awful man, surrounded by criminals and liars...

but they won't speak out against this awful, awful man and his attacks on those seeking safety and those investigating truth and, to the degree they DO speak out against him, it's so milquetoast and watered-down and missing the actual points as to be irrelevant.

No, I think I recognize the true nature of Crudity very well and I know on which side I stand, as is demonstrated by demonstrable data.

Lying on a daily basis, attacking the free press, attacking those investigating crimes, throwing support to dictators and oppressors who are actually killing people, turning away those escaping danger, assaulting women... THIS is crudity, THIS is vulgar, THIS is evil.

There are good reasons to be upset and angry, these days. But be sure to be angry at the Real Things to be Angry about.

Hint: It's not rude words.

NOTE: Those words ARE rude words, to be sure. I don't use them, generally speaking. I have used them in the blogging world by way of object lessons, for just what I'm doing here, today. Yes! These are very rude words... but let's keep things in context.

Saying "Sometimes God is okay with forced marriage, slavery, killing the children of our enemies..." is grotesque and horrifying and evil.
Posted by Dan Trabue at 5:49 PM 168 comments: Links to this post

Land of the Free, Because of the Press! 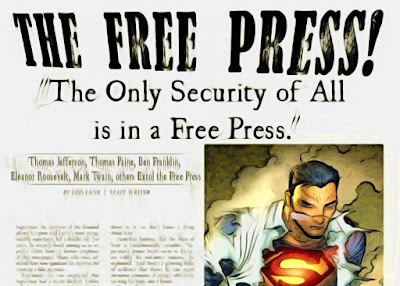 We keep hearing all manner of attacks on the media (with the chief sinner being our current president, sadly), but it is important to keep a few things in mind:

1. We WILL NOT have a free republic without a strong, thriving free press. Thomas Jefferson, Thomas Paine, Ben Franklin, on and on and on... great thinkers and supporters of liberty always emphasize this point.

2. No free press made up of humans is perfect. Of course.

4. Our ranking in Best Nations for a Free Press has taken a hit in the last two years, since this administration began its non-stop onslaught of attacks on our press.

5. When people accuse the mainstream press of being fatally flawed, or horrendously and hopelessly biased, don't believe them. They are not operating on facts or data.

https://rsf.org/en/ranking
Posted by Dan Trabue at 8:24 PM 29 comments: Links to this post