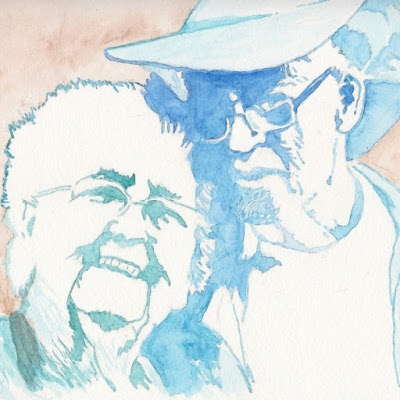 My beloved father, Bill Trabue, passed away, gently and peacefully in his sleep yesterday. He is loved and celebrated and greatly missed already.

My dad was an incredibly hard-working, generous, peaceful, practical, creative man. A boy scout leader, Sunday School teacher, a father to six boys, a grandfather to eleven grandchildren by blood and to thousands of grandchildren by his own giving nature. He and my dear Mom, Mary, have been married for 66 incredible years and they had a simple and beautiful life together, never leaving each others' side right up to the end.

If you ever have ten hours, ask me about my Dad. I could tell you how great he was for days. Anyone who knew Dad could do the same. I mean that. 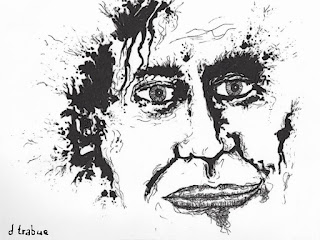 Recent posts/comments over at Stan's "Winging It" blog have talked about me (gossiping again, misrepresenting my views again, slandering again... all without the possibility to defend myself) and whether or not to allow me to defend myself/my ideas against false attacks/misrepresentations at his blog (and, as always, the caveat: I'm not picking on Stan and his commenters, I'm raising the words and ideas they spoke of to speak about ideas, not people)...

By allowing Dan to broadcast his heresy and other false teachings on everyone else's blogs, we give him an open forum. He is a time waster, his name links to his blogs which lead people to them for learning more of his false teachings and heresy and no one else should be led to a site like that. He refuses to remain civil in discussions and virtually always resorts to name-calling. He is not a Christian and yet pretends to be one while worshiping a God and Christ of his own making.

Publishing his comments gives him his desire to spread his false teaching while pretending to just be asking questions. I recommend NO ONE give him a voice on their blogs.

I've tried "leaning to the grace/mercy" side with Dan. He's used it to continue the running battle that got him evicted. I suppose, if someone else wanted to waste their time dueling with him, I could let him comment on, but I've come to the Prov 26:4 condition. Besides, I do harbor some concern that his approach will encourage others in his direction.

Christians of an earlier age burned people like him at a stake to avoid allowing his heresies to infect others. [!! wft? -dt]

Isn't his own blog sufficient?

Not much I really wanted to say here, just pointing it out with a few thoughts.

It seems that their fear (concern, worry, whatever) is that my arguments will win over "misguided people..." and "encourage others in his direction..." thus, the conclusion that we ought not allow people like that to comment. Ban people like that. Don't give people like that a voice.

I, of course, disagree. One thing that Stan got right is that I do believe that the best arguments at least tend to make the best cases and win the most support, over time. It's why racism and slavery and sexism are not much supported in church anymore (whereas they used to be supported and promoted in many churches). It's why support for gay folk having rights and liberties is gaining support and opposition to the same is fading away rapidly (thanks be to God!)

As for me, I do believe that we should make our cases, support our arguments and not deny others that option to do the same (especially if we're going to talk about them/slander them/misrepresent their actual positions). I'm not afraid of those who disagree with me on some points... I'm not afraid of them making their case and possibly winning over people. I think the arguments offered at places like Stan's tend to be pretty weak and shallow, and too often irrational and immoral. I have nothing to fear from people making those arguments.

Ultimately, I believe bringing to the light of day "arguments" like these above only serve to use their own words to chase people away from their positions. Their arguments are their own worst enemy. By all means, make them. And should I have misunderstood some point of yours, please correct me. I have no problems with being corrected in a mistake, I have no fears there, either.

======
As an aside... What in the name of all that is holy is the comparison to burning people like me at the stake... is he longing for those days? Because that's what it sounds like. "if only it were that easy to get rid of heretics..." ! That's a very concerning line. Of course, I'm sure Stan doesn't think that. But then, what was the point of putting that line in there? I would love if Stan would clarify.

(Stan, you are welcome here to come out and affirm that it is a great moral wrong to burn people - even those you think are "heretics" - at the stake... or otherwise clarify your meaning.)
Posted by Dan Trabue at 7:28 AM 35 comments: Links to this post

Our Diversity Makes us Great! 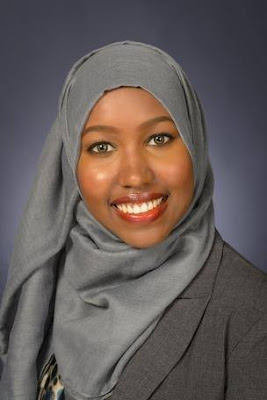 I recently saw one of those ugly half-truth slander attacks on a relatively new government employee. The attack went along the lines of "Look! Obama has appointed a MUSLIM to work in the immigration department! Part of Obama's attempt to make the US a Muslim nation!" That sort of vicious, vacuous idiocy. I believe in confronting slander and mean-spirited gossip with truth and respect, so, here's Fatima Noor's inspiring story...

She was born in troubled Somalia and raised partially in a refugee camp in Kenya, amongst the poorest of the poor. Thanks to just and merciful immigration rules, she eventually made it to Tennessee and eventually, working with the US Immigration Department.

Here's her inspiring story in her words...

"...soon, due to a combination of wildfires and overpopulation, our [refugee] camp was ordered to shut down. My family, like many others, faced tough decisions. One was whether to return to Somalia in the height of civil war. Another was whether to send their small child — me — to live with a relative in a far-off land in hopes of better opportunities...

In 2005, my whole family reunited in our new home: Memphis, Tennessee. We soon adapted to Southern living (and yummy Memphis barbecue). We bought a house down by the Mississippi River. My brother even attended the same middle school as Elvis Presley. I graduated from the University of Memphis...

Now, I felt like a true American. And today, as we celebrate Immigrant Heritage Month, I reflect upon the mosaic nature of my own immigrant roots: the melting pot that is my American identity contains equal parts Somali, Danish, and Memphian.

A year later, I would take a different kind of oath. On July 28, 2014, I was sworn in as special assistant to the Director of U.S. Citizenship and Immigration Services (USCIS). USCIS naturalizes more than 700,000 new U.S. citizens each year, along with processing millions of other immigration-related requests. USCIS is the very agency that made it possible for my family to immigrate, and for all of us to become citizens...

Today, I am honored to serve on a White House team advancing the President’s efforts to fix our broken immigration system. I want to show my appreciation to this country, and I can’t think of a better way to do it than by being there for others who want to earn the privilege to celebrate their Day One."