All Things are Made, New 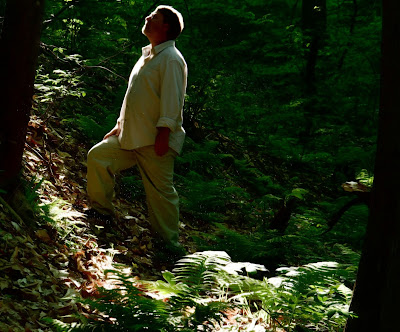 The old life has past


and all things are made new. 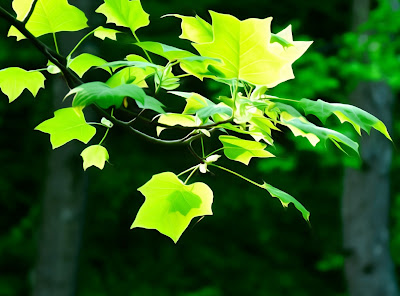 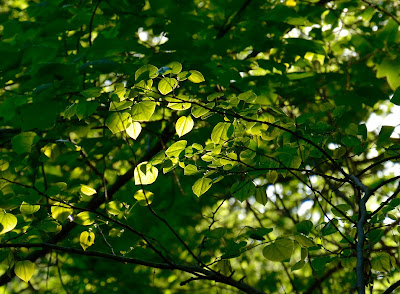 The old remains
and all things are made new.

Posted by Dan Trabue at 7:20 AM 8 comments: Links to this post 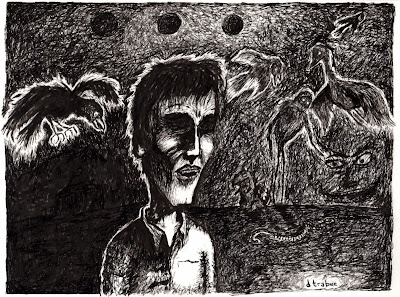 The point of this post is simply to review what the Bible does (and doesn't) say about the people of Sodom, and why specifically they were known for their wickedness, at least as recorded in the Bible. There are many (myself included, once upon a time) who have it fixed like a stone in their head that the "sin of Sodom" was homosexuality.

By reviewing the Biblical accounts that touch on Sodom, we will see that the Bible itself literally, factually, demonstrably nowhere makes this case. Rather, it is the case that traditionalists have had this opinion of it and that is what they/we read into it... oftentimes so strongly that we can not see that it is literally not there.

I'm omitting the Biblical references that merely mention the name Sodom, without any context or commentary on the nature of the people there. Instead, I'm looking only at the passages that talk about why Sodom had its evil reputation.

From the Beginning, then...

The two men parted company: Abram lived in the land of Canaan, while Lot lived among the cities of the plain and pitched his tents near Sodom.  Now the people of Sodom were wicked and were sinning greatly against the Lord.

[Gen 14 contains a story about a battle between various nations where Abram's nephew, Lot, was kidnapped by these other kingdoms as well as people and goods from Sodom. Abrams staged a raid and rescued Lot and others. Afterwards, the king of Sodom requested that Abram and he split the goods and people rescued. Abram responded that he'd only take what was his, that he didn't want anything from Sodom. But that's all that's stated.]

[Gen 18 is the story of Abram pleading for the sake of Sodom, because there are at least a few decent people living there... God reports that God is going to check out Sodom, to see if they're really as bad as rumored (interesting aside: the omnipotent God doesn't appear to know how bad they are, taken literally). Again, literally no specifics about the "sins of Sodom..."]

Then the Lord said, “The outcry against Sodom and Gomorrah is so great and their sin so grievous that I will go down and see if what they have done is as bad as the outcry that has reached me. If not, I will know.”

[Gen 19, the story of the destruction of Sodom and Gomorrah. We find that Lot is living in Sodom and is visited by "messengers" who are supposed to be angels from God. In the story, the "men of Sodom" surround Lot's house...]

Before they had gone to bed, all the men from every part of the city of Sodom—both young and old—surrounded the house. They called to Lot, “Where are the men who came to you tonight? Bring them out to us so that we can have sex with them.”

Lot went outside to meet them and shut the door behind him and said, “No, my friends. Don’t do this wicked thing. Look, I have two daughters who have never slept with a man. Let me bring them out to you, and you can do what you like with them. But don’t do anything to these men, for they have come under the protection of my roof.”

“Get out of our way,” they replied. “This fellow came here as a foreigner, and now he wants to play the judge! We’ll treat you worse than them.” They kept bringing pressure on Lot and moved forward to break down the door.

But the men inside reached out and pulled Lot back into the house and shut the door. Then they struck the men who were at the door of the house, young and old, with blindness so that they could not find the door.

[That passage above, Gen 19, is the one people cite when they think about Sodom being destroyed because of homosexuality, or "homosexual behavior," some people will distinguish. But look at it, there is literally NO mention of homosexuality. Instead, what you see is an attempted gang rape.

And indeed, gang rape is bad, wicked, wrong, no doubt. But, gang rape is not an indictment on sexuality itself. Consider (and, if you're going to comment here, answer this question): IF you read a text that talks about the evil of rape, male on female... do you recognize that as an indictment on heterosexuality? Would you say of that text, "Clearly then, we see that heterosexuality is being condemned in that passage..."?

No, of course you wouldn't. No one should, anyway. Recognizing the evil of rape is not at all to say that, "and thus, sexuality is itself evil..." That would be an exactly wrong and awful conclusion to reach.

So, no reasonable person can say, "Because this story contains a reference to an attempted male-on-male gang rape, that is clearly saying that Sodom was destroyed, at least in part, due to homosexuality." That conclusion simply can NOT rise out of that passage. That is an example of reading INTO the passage something that is literally not there.

So, so far, we have seen that Sodom was considered evil, but with no direct references to what they did there that made them evil. NOW, we can see that at least one thing that made them evil was that they were all ("all the men [and boys] of the city of Sodom") willing to engage in gang rape. The story so far does not SAY that is why Sodom was destroyed, but the destruction comes following that and, I think most reasonable people will agree that gang rape IS an evil thing.]

[The next few references to Sodom are all more or less like this passage from Isaiah 1, where it is a general comparison of bad nations to the evil nation of Sodom. These point out that Sodom was bad, but does not go into details...]

Unless the Lord Almighty
had left us some survivors,
we would have become like Sodom...

[...or this one, in Isaiah 3, that alludes to arrogance and obviousness of their sin, but not to specifics...]

Jerusalem staggers,
Judah is falling;
their words and deeds are against the Lord,
defying his glorious presence.
The look on their faces testifies against them;
they parade their sin like Sodom;
they do not hide it.
Woe to them!
They have brought disaster upon themselves.

[Then, in Ezekiel 16, we have something that is more specific that explains WHY Sodom was evil and destroyed...]


“‘Now this was the sin of your sister Sodom:
She and her daughters were arrogant,
overfed and
unconcerned;
they did not help the poor and needy.
They were haughty and did detestable things before me.

[And so, HERE we have some specifics and, lo and behold, not once is "homosexuality" or "homosexual behavior" mentioned. Not one time.

Clearly, the sins that lead that list are at least relatively clear: Being wealthy and, in that wealth, being overfed and unconcerned with the poor and needy. THAT is a pretty specific explanation of what brought about Sodom's downfall literally from the text.

Guesses about "maybe it's speaking of 'homosexual behaviors...'" are just that, wild guesses, NOT from the text, but from prejudice and traditions.]

[Beyond that, the rest of the Sodom references in the Bible are of the sort that were general warnings, "Be careful or you'll end up destroyed like Sodom..." with no specifics. There IS one verse in the NT that is in that vein, but offers something more specific. From Jude 1...]

In a similar way, Sodom and Gomorrah and the surrounding towns
gave themselves up to sexual immorality and perversion.

[Here, we have a reference to "sexual immorality and perversion," that at least COULD be referencing homosexual behavior, if you wanted to make that guess. But it could be referencing gang rapes (which we know had been attempted). It could be just general licentiousness. It could be using children for sexual purposes, which we know was a problem in these areas in these times. It could have been many things and there is literally NOTHING in the text that suggests it should be interpreted as "homosexual behaviors."

And that is the point of this post, that and no more. That the traditional hunches that 'the sin of Sodom" included - or were mainly - related to "gay behavior" is literally not found in the Bible. It just isn't there. At all. Not hinted at. Not alluded to. Certainly not clearly affirmed.

Those who embrace that human hunch do so because of tradition, NOT because of the text, because the text clearly, literally does not contain that suggestion.

I will just note that, as I have said in the past, it was THIS realization - that no matter how strongly I believed that "the sin of Sodom" was/included "homosexual behavior," it's simply not there in the text of the Bible - it was that realization that began me down the road to changing my position on homosexuality and Christianity, from the more traditional one to what I hold to now.]
Posted by Dan Trabue at 12:27 PM 63 comments: Links to this post