What Makes Us Smart 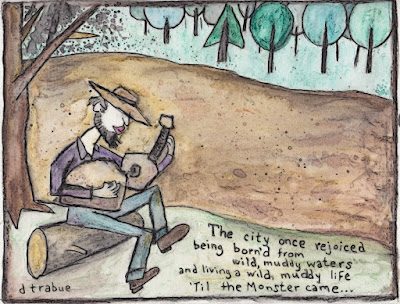 "That makes me smart."

This was Trump's throw-away line about the fact, raised by Clinton, that he has paid no taxes in at least some years. He was proud of being a multi-millionaire who contributed Zero tax dollars. He thought it made him "smart."

Any society has expenses we have to pay. We need our roads, infrastructure, police, fire departments, trash pick up, schools, etc. We have to pay for these things. And I fully understand not forcing those who are struggling to help pay much (the poor already pay a disproportionate amount of their income in sales taxes...)


But for the rest of us, we have a social compact, an agreement to pay for these common needs. To try to abuse rules to avoid paying our common expenses, therefore, is not "smart," and certainly not good. And certainly not if you are extravagantly wealthy!

It is greedy. It is self-centered. It is manipulative. It is petty. It is wrong.

And for such a person to boast about being a leech to run for public office pretending to care about our country... Well, his actions belie the point. You care about our nation, Mr Trump? Then show it! And one way to start showing it is to pay your fair share! Release your taxes. Pay back a reasonable amount of tax dollars that the rest of us had to shoulder so you could buy yourself gold toilets.

Until you do that, you're not smart. You don't care about the common good. You're just a petty little cheating freeloader and this admission should disqualify you, showing you to be fundamentally unfit for office.
Posted by Dan Trabue at 4:34 PM 73 comments: Links to this post

Trip to Spain and France...


Here's a video featuring photos and sounds from our family's recent trip to France and Spain.

We landed in Barcelona, Spain and spent several days there. This was probably my favorite part of the trip. There was just so much to see!

From there, we took a train across the south of France, stopping for a few days in Nice, on the Mediterranean Sea. Very nice. I found an amazing music store there (although too late in our trip to visit there very long, unfortunately) with a wide variety of vintage instruments... guitars, mandolins, hurdy gurdies (look it up...), violins, cellos, banjos... they had it all!

From there, we took the Eurail Train up to Paris for a few days there. Obviously, there is more there than one can see in a few days, but it was a nice sampling. We could see the Eiffel Tower from our room and spent a day visiting the area around it. We spent a few brief hours at the Louvre, took a trip to the catacombs and took a boat ride down the River Seine. Amazing.

From there, we Eurailed back down to Toulouse, France and visited nearby Montauban, where the Trabues are from! That was exciting for me. We are fortunate in having a detailed family record of our escape from France. It was after the Edict of Nantes had been revoked by King Louis XIV, which had allowed for some religious freedom. After it was revoked, Protestants were forced to recant of their heresy and adopt the Catholic faith. Failing that, they would be tortured, jailed and killed.

They came for Antoine Trabuc (how it was spelled then) and he wasn't home, so they threatened his wife with torture unless she recanted. She played the Woman Card and said, "I can't recant without my husband!" so they said they'd come for her and him the next day. They were going to tie her hair to a horse's tail and drag her through the city until she recanted or died!

Antoine got home and they skipped town - leaving all they had behind - leaving Montauban on the River Tarn. I sat at the edge of the Tarn and skipped stones across the surface. I also visited several Catholic churches, but no grudges seemed to be held.

From there, it was back to Barcelona for a couple of days before catching our flight home.

And we could do all of this because of our kids!

We've had a rough few years, taking care of my parents in their ailing years. The kids knew we hadn't had a real, extended and work-free vacation for a long time so they saved up their own money, made arrangements for everything and surprised us with the news back on Donna's birthday in February! They are only 20 and 25 years old, both working part time, with Sarah still being in college. They are some wonderful, hard-working kids (as are most kids I know these days, it seems) and we couldn't be more proud of them.

I pass that on not to brag (okay, maybe a little to brag), but mainly to just celebrate the kindness and goodness capable of people in the world today. As troubled as the world seems these days, acts of love and kindness still do happen and it's great to celebrate it when it does.

(The video is ten minutes long and may be more than anyone is interested in, but there it is, if you're interested...)
Posted by Dan Trabue at 1:03 AM No comments: Links to this post 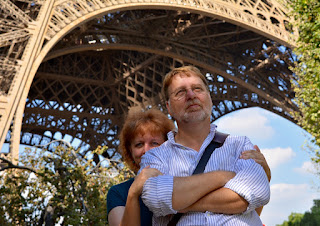 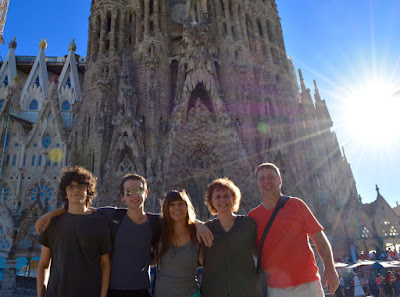 My beloved children recently arranged for a long vacation in France and Spain, and thus, I have been out of communication for a while. More to come, but here are just a few photos from the trip.

I have the best kids! 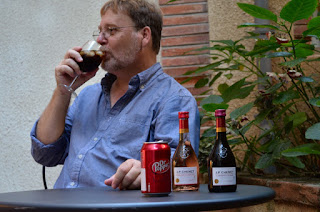 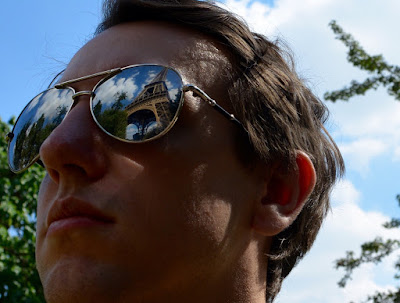 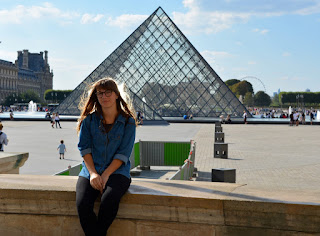 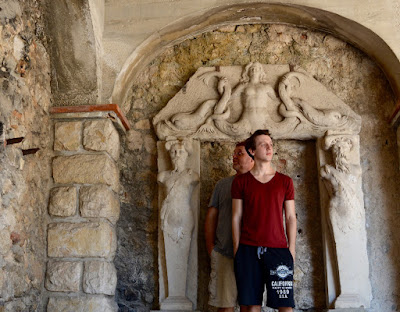 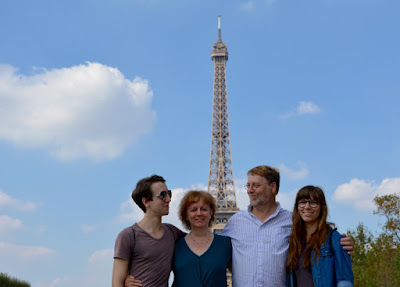 Posted by Dan Trabue at 5:16 AM 2 comments: Links to this post