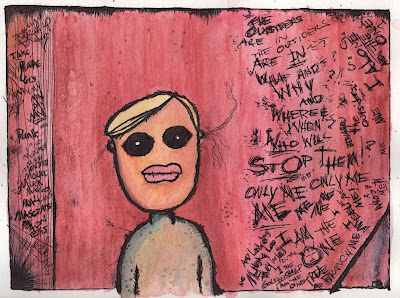 The difference between the two candidates for office is still visible, as is the problem with "President Trump" that remains and is deeply troubling.
What Trump says about the election results:
"In addition to winning the Electoral College in a landslide, I won the popular vote if you deduct the millions of people who voted illegally."
He made a specific and enumerated fact claim, that "millions" of people voted illegally.
1. There is zero evidence for this.2. Trump has zero evidence for this.3. Knowing that there is zero evidence for it, he made the claim anyway.
This is the exact sort of casual lying that should disqualify Trump from office. He has constantly and demonstrably made ridiculously false claim after absurd fact claim. Claims that are not supported by data. There are not just lies, they are stupid lies. They insult our intelligence, or should.
This is a problem and now it is our nation's problem. It's a problem because now, each and every time that "President Trump" makes a claim, we are obliged to treat it as a possible lie. If he claims that we "need" to bomb a city, how do we know we actually "need" to do so? Because so much of what he has said has been a stupidly false claim, we are obliged to treat everything he says as a false claim. We can't trust our own president (moreso than even normally!). The world can't trust the US.
This is why he should never have been elected in the first place.
THAT is what Trump says.
What the Green Party and Democrats/Clinton have said about the election, on the other hand:
From CNN:
"Wisconsin Green Party co-chairman George Martin said the party is seeking a "reconciliation of paper records" -- a request that could go further than a simple recount, possibly spurring an investigation into the integrity of Wisconsin's voting system. "This is a process, a first step to examine whether our electoral democracy is working," Martin said.
Both the Clinton campaign and the White House have said they see no evidence that any voting systems were hacked, although the Clinton campaign said Saturday it will take part in the recounts, joining with Stein, to ensure the recount is "fair to all sides.""
So, you can see, there are no irrational and sweeping false claims. There is a concern raised and, even though there appears to be no obvious hacking, because of concerns raised, they'd like to have a check to verify that the system is working.
That is how rational adults talk. That is how serious presidential contenders review data and make conclusions and act.
"Millions cheated!""Nu-uh! I'm not! YOU'RE a puppet!!""Crooked Hillary!" "Lyin' Ted!""I grab them by the p$%#y... I can't help myself."
This is how an ill-mannered, bullying, possibly mentally disturbed grade-school student talks.
He remains unfit for office.
One take-away from this, at least for now, is that all good citizens are obliged to treat each and every Trump claim as potentially false and in need of verification by responsible and moral adults.
Posted by Dan Trabue at 9:20 PM 26 comments: Links to this post

Can't Take This Music From Me

A song written by the great guys in the Steel Wheels (check them out) and sung here at my church by some friends.

Can't take this music from me
music from me
you can't take it from me..."
Posted by Dan Trabue at 7:49 AM 28 comments: Links to this post


In our friends and family
we will find our strength.

And we may well need it.
Posted by Dan Trabue at 6:41 PM No comments: Links to this post 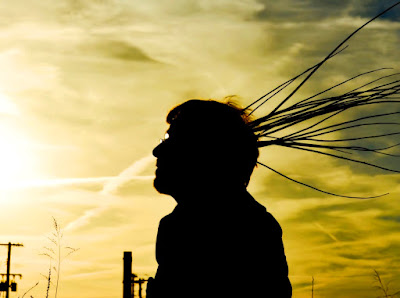 his thoughts had escaped
to dreams of woods and wild
and an old Eden
Posted by Dan Trabue at 9:38 PM No comments: Links to this post