I Was Born to Walk Well-Leafed Hills 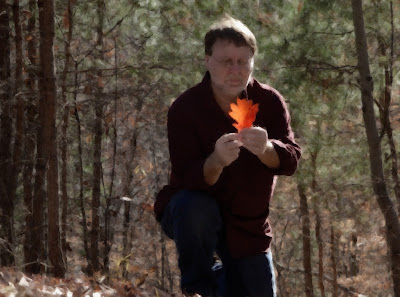 I went to the forest

I was born to walk
well-leafed hills

and then, finding fresh signs

I traveled to this small world
complete and content,
perfect in its tiny
self.

I cannot contain
the golden glory of fall
my soul overflows

Posted by Dan Trabue at 7:22 PM No comments: Links to this post

...But for Everything Else 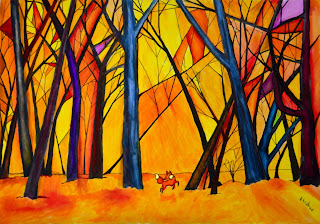 Out there, 'midst the trees
plays a fox in the woods
all alone, but for everything else...
Posted by Dan Trabue at 11:46 AM No comments: Links to this post 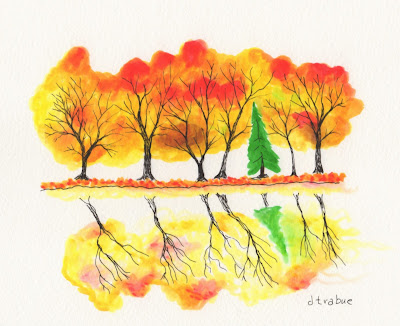 There is a wild-ness
in every step we take
if wild, we seek to be...

Posted by Dan Trabue at 3:45 PM No comments: Links to this post

I don't know that I've ever posted a link to a TV show, but this is good. 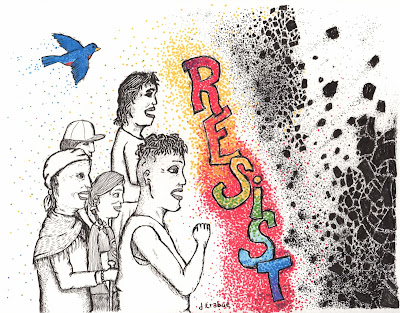 Given the ridiculous number of men of all stripes in positions of power who've been outed as abusive towards women, how 'bout a time out? Following in the steps of the Abuser-in-Chief, why don't we have a temporary ban on anymore men assuming positions of power?

The data is there: Power corrupts men. Absolute power corrupts men absolutely. Especially sexual corruption, the sense that they are entitled to sexual oppression, abuse and misuse.

Let's just elect women a while, just long enough to ensure some extreme vetting of men before they get in positions to be abusive on a larger scale?

If that is reasonable for the tiny percentage of foreigners who might potentially possibly maybe be possible terrorists or criminals, perhaps, then it's at least as reasonable if not more reasonable for men, given our track record.

Look, fellas, we've had a nice run in this country. For nearly 250 years, we've dominated the politics in our nation. But we just keep messing up. Let's surrender, at least for a while.

This is not to say that all men are dicks, like Trump, like Weinstein, like Judge Roy Moore, like Weiner, like Billy Bush, like... well, you get the idea. I'm quite sure that there are decent men out there in politics (Hey, that Obama fella seemed to be especially gentlemanly and above reproach! Hell, setting aside his politics and his perversity about LGBTQ matters, Pence seems like a straight arrow, sexually speaking!). But just for a while, just until we get some extreme vetting in place to keep out the perverts like our current "president," let's stand down.

Vote for Women, y'all. Let's start a movement.

Dwell Among the Beauty... 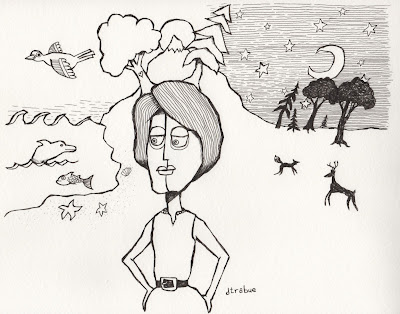 “Those who dwell among the beauties and mysteries of the earth are never alone or weary of life. Those who contemplate the beauty of the earth find reserves of strength that will endure as long as life lasts. The more clearly we can focus our attention on the wonders and realities of the universe, the less taste we shall have for destruction.”

“In nature nothing exists alone.”

“A child’s world is fresh and new and beautiful, full or wonder and excitement. It is our misfortune that for most of us that clear-eyed vision, that true instinct for what is beautiful and awe-inspiring, is dimmed and even lost before we reach adulthood. If I had influence with the good fairy who is supposed to preside over the christening of all children, I should ask that her gift to each child in the world be a sense of wonder so indestructible that it would last throughout life, as an unfailing antidote against the boredom and disenchantment of later year…the alienation from the sources of our strength.”

“But [humanity] is a part of nature, and [our] war against nature is inevitably a war against [ourselves].”

“The winds, the sea, and the moving tides are what they are. If there is wonder and beauty and majesty in them, science will discover these qualities... If there is poetry in my book about the sea, it is not because I deliberately put it there, but because no one could write truthfully about the sea and leave out the poetry.”

“If a child is to keep alive his inborn sense of wonder, he needs the companionship of at least one adult who can share it, rediscovering with him the joy, excitement, and mystery of the world we live in.”

“We stand now where two roads diverge. But unlike the roads in Robert Frost's familiar poem, they are not equally fair. The road we have long been traveling is deceptively easy, a smooth superhighway on which we progress with great speed, but at its end lies disaster. The other fork of the road — the one less traveled by — offers our last, our only chance to reach a destination that assures the preservation of the earth.”

One way to open your eyes is to ask yourself,
“What if I had never seen this before?
What if I knew I would never see it again?”

~Rachel Carson
Posted by Dan Trabue at 9:14 AM No comments: Links to this post