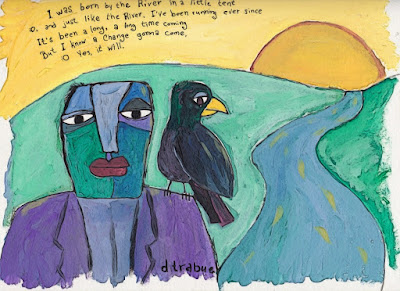 I. First and foremost, we need to recognize that the ROOT problem we have is a violence problem. Especially amongst men and especially young men, violence in our culture is seen as acceptable.

THIS is the root problem that needs to be dealt with.

II. The problem with the "arm the teachers/fortify the schools" approach (beyond the problem that it plays into the notion that violence is an acceptable solution) is that it's operating on the notion that, "This is what we will do IF an armed 'bad guy' gets into the school and starts shooting... THEN we will shoot back... and (giving the greatest possible benefit of the doubt), fewer people will be harmed/killed than might have otherwise happened.


It's a response to a bad situation, not an answer to it.

III. Which is to say, this solution is acting as a REACTION to hopefully (but not definitely) lessen the harm done, it's not being offered as a way of stopping the incidents from happening in the first place.

IIIa. Having said that, some have said that just having the guns present will have a preventative effect, as the would-be violent shooters will not want to go to a place where someone may shoot back.

But what does the data say?

Clearly, some people - i.e., many of these often white young men - who have gone into mass shooting situations, have done so with the expectation of being killed in the process. So, having armed responses on site does not seem to be a deterrent, on the face of it.

But again, what does the data say? It bears research.

But that doesn't help with the fact that they're already overloaded on work. As many teachers have been saying, "You want to arm me? Arm me with support staff. Arm me with reasonable pay. Arm me with the tools and supplies I need, rather than expecting me to pay for it..." etc.

V. This "armed teacher" solution presumes that guns are the best way to stop a person ready to commit violence. Being prepared and trained in programs/philosophies like "Safe Physical Management" (or models like that), presumes the better option is to be prepared to talk people down from violence, rather than reacting with violence to a violent person. Not saying that there are not times where meeting violence with violence feels like the only possible solution, just that it should be a last resort.

Indeed, if we have armed staff shooting back at armed intruders, Wild West style, we have already failed. The goal is to prevent it from happening in the first place, not engaging in shoot outs.

Which is another problem I've had with some who have responded with a "Let's arm the teachers" response... It often is presented as if coming from a rather simplistic and shallow view of the problem. "It takes good guys with guns to stop bad guys with guns..." is a funny bumper sticker, but does not have much depth and seems a rather juvenile response, to many of us, at least.

VI. All of which points back to the root problem that we need to keep in mind:

We have a violence problem.

Especially amongst men and especially young men, our society is one of the worst for producing people who believe that violence and deadly violence are acceptable options to conflict. Other developed nations don't have this, not to the degree that we have it. Nearly. (Again, look at the data).

WHY are we, specifically, producing deadly violent young men? And let's not jump to easy, careless answers off the top of our heads (it's the violent movies! It's video games!)

What does the data say?

This is a topic that needs to be investigated and studied. That is certainly a starting point.

VII. In the meantime, IF we have violent young men as a given, at least for now, what can be done to lessen/ease the problem? Some say making the licensing and regulation of guns - especially guns that can kill a lot of people quickly (assault-style rifles). This seems reasonable and should at least be on the table of discussion.

But, liberal friends, we need to keep in mind that IF we make it more difficult to access assault style weapons, other weapons will no doubt be used, so that is not an ending solution, either. Maybe a mitigating and interim partial solution, but it's only partial.

But, conservative friends, it certainly seems like research and considering regulations and limitations should be on the table.

Some thoughts, for what they're worth.

Now, to the people who keep saying that "The 'bad guys' don't obey laws so passing new gun regulations won't make a difference," this is a mistaken argument for at least three reasons.

2. Depending upon how the regulations and rules are written, they are still effective even if some people ignore them because they allow for enforcement.

IF a person was restricted from owning guns for some reason (demonstrated violent tendencies, for instance) and they owned guns anyway, or tried to buy guns anyway, the rules/regulations would allow for responsible people to prevent that from happening or allow for them to be taken away before harm is done.

3. This is an argument for anarchy. "The 'bad guys' won't obey the rules, therefore, what's the point of laws..." is not a rational argument UNLESS you're arguing for getting rid of all laws and regulations. And even then, it's an irrational argument because regardless of whether you're arguing for anarchy (and hopefully, you're not), the rules DO make a difference (see points 1 & 2).

That laws, rules and regulations make a difference is demonstrable, we can see it by looking at the data. We need data-driven solutions, not fear-based solutions nor solutions based upon irrational or anarchy-based arguments.

It's been too hard living, but I'm afraid to die


'Cause I don't know what's up there, beyond the sky
It's been a long, a long time coming
But I know
A change gonna come,
Oh yes it will

~Sam Cooke
Posted by Dan Trabue at 1:23 PM 81 comments: Links to this post 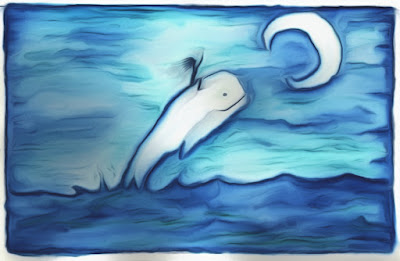 She practiced her baddest
badass sneer
every night
in the dark
until finally
one night
the monsters all broke down
and cried.
Posted by Dan Trabue at 6:14 AM No comments: Links to this post 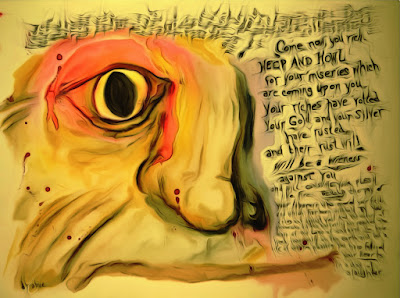 We can't support policies that lead to/contribute to other nations being poorer and more hellish (ie, "shithole..."-like) AND simultaneously complain about those nations and their poverty and dysfunction AND simultaneously refuse to assist those fleeing these nations.

Not and be moral and rational people.

The US has a long history of negative impacts upon other nations. I was just meeting tonight with a new friend who was speaking of how the US (under the Obama administration, I will hasten to note*) accepted a coup of a democratically elected president in Honduras. As we've done there in the past. Our policies have helped make it unsafe to live in Honduras. Our policies of this last year are only exacerbating the problem and accelerated the harm, there. As a result, people strive to leave Honduras and come here, where it is considered to be safer (and this, even given the many very real threats facing them here).

We can't create/exacerbate a problem that causes harm to people and simultaneously demonize and refuse to aid those people to whom we caused harm.

Here's a good article talking about US involvement in the lives of those beautiful people in the nations that the current administration views as "shitholes."

I should be clear: I'm not saying that the US or the West is exclusively responsible for the problems of poorer nations. I'm not saying that they/we are primarily responsible. International policies and how we affect other nations is complex and impossible to nail down specific blames for bad situations. But, as you can see in that article, when OUR policies have been to prop up dictators, rogue regimes, oppressive administrations and when we've done so in ways that have been in opposition to our better democratic ideals, we own some good part of the harm that has resulted.

I'm saying that, as a matter of personal and national responsibility, we are obliged to not turn away people who are hurting and/or in danger as a result of our decisions, our policies, our lifestyles, our benefits.

I was reminded of that tonight in my conversation with my new friend. I owe it to all my new friends and unmet friends to keep pointing this out.

======
*NOTE: This happened under Obama's administration and Secretary of State Clinton okayed the notion that they weren't treating it as a coup... and yet, they both said it was a coup!? I guess I wasn't paying close enough attention at the time and I'm not sure what happened, but clearly, they goofed.