Not That You Need My Approval 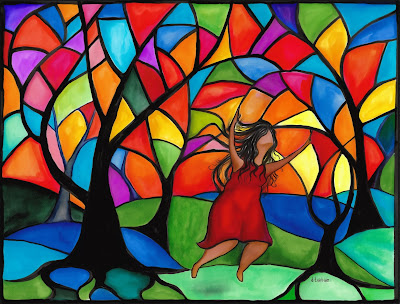 Rise up wild daughter of the woods
dance and romp
struggle and scream
kick and punch.
Persist. Resist. Insist. Consist
of and within your
own sweet and glorious dragon Self.
Kick at the stones and
split the sky into
one thousand shards of color
bellow in rage
fight
spin
sing.
Or don't.
Just rest and relax or do
whatever
it is your own unchained soul wants.
It IS your life. Live it by your rules.

This poet stands with you and your choices.
Posted by Dan Trabue at 6:30 AM 1 comment: Links to this post

Another Set of Questions for Marshal, and Any Anti-Abortion Defenders 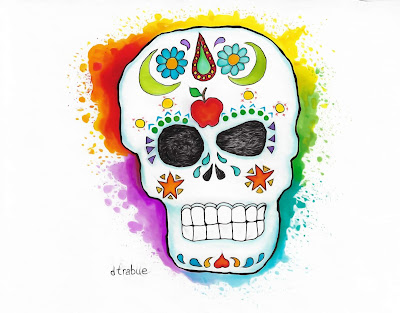 Marshal, on a recent post of his at his website (and no doubt, many, many other anti-abortion activists): "There is no need to abort. EVER..."

In addition to Marshal, he had amongst his supporters/commenters a man who said that people who defend the medical procedure of abortion were "Molech-worshiping ghouls."

These people are bona fide anti-abortion zealots. It really should NOT be a viable medical option, according to these men. My questions to their type...

1. So, you recognize that girls as young as ten (and younger, of course) have been raped, I suppose?

2. Do you recognize that some ten year olds have gotten pregnant as a result?

3. Do you recognize that a child's body is not prepared to give birth?

4. Do you recognize the trauma that would be involved in having a ten year old girl go through that process?

5. You're opposed to an abortion even under that set of circumstances?

7. Would you truly sacrifice these children on the altar of anti-abortion worship?

"Do not give any of your children to be sacrificed to Molech,
for you must not profane the name of your God."

"Just because a girl can get pregnant, though, doesn't mean she can safely deliver a baby. The pelvis does not fully widen until the late teens, meaning that young girls may not be able to push the baby through the birth canal.

The results are horrific,
said Wall and Thomas, who have both worked in Africa treating women in the aftermath of such labors.
Girls may labor for days;
many die.
Their babies often don't survive labor either.

The women and girls who do survive often develop fistulas, which are holes between the vaginal wall and the rectum or bladder. When the baby's head pushes down and gets stuck, it can cut portions of the mother's soft tissue between its skull and her pelvic bones. As a result, the tissue dies, and a hole forms. Feces and urine then leak through the hole and out of the vagina. Women with fistulas are often divorced and shunned. And young girls are at higher risk."

Most people would grant that in my example of a pregnant 10 year old who is pregnant as a result of rape that abortion should be allowed. This includes, I believe, most anti-abortion thinkers

["The most widely accepted reason for performing abortions, with little difference in support depending on the timing, is when the woman's life is endangered: 83% think this should be legal in the first trimester and 75% in the third." ~Gallup]

They recognize that would be wrong to force that 10 year old to have that baby. Good for them. But why are they willing to make that exception?

No. Of course not.

It's because most of us recognize there is a fundamental difference between a two-year-old baby and a two-day-old zygote or a 2 week old fetus.

8. Do you recognize that there are huge differences (especially/specifically in terms of any rights we might consider/a presumed right to life) in a two day old zygote, a three week old blastocyst, a five week old embryo, a ten week old fetus and a two month old baby?

9. Or do you think that, as far as rights go, that a zygote and a baby are pretty much exactly equivalent?

10. IF you think that a zygote and a baby are equivalent, do you think that all those people (the vast majority of us) who'd be supportive of the ten year old rape victim getting an abortion (if that was the family's choice) are monstrous to support such a case?

11. Do you recognize that probably most people would find the position that a ten year old rape victim being forced to have a possibly deadly pregnancy to be a monstrous position to hold? Can  you understand why?

12. If you think that a zygote and a birthed baby are the same (as far as a right to life is concerned) do you recognize that this is only an opinion that you can't prove, and not an established fact?
Posted by Dan Trabue at 6:28 AM 142 comments: Links to this post 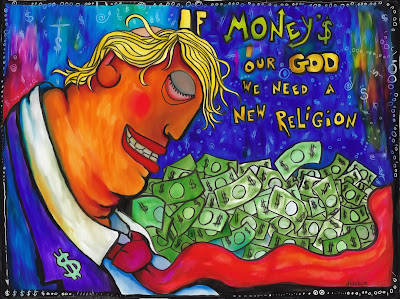 Sorta long ramble here, but something to think about...
He said he was a self-made millionaire
"My father gave me a very small loan in 1975, and
I built it into a company that's worth many, many billions of dollars,"
Turns out the "very small loan" was, he said, $1 million.
Except that it turns out he lied about that.
He and his parents cheated on their taxes to give him millions of dollars
before he was an adult and
his daddy loaned him $60 million to start his business.
But THEN, he was a
self-made man
who built a company that's worth billions of dollars.
Except that it turns out he lied about that.
For a ten year period
the time he was "writing" his book about
the art of the deal
and boasting about how great a business man he was
he lost $1 billion
over a ten year period.
$1,000,000,000.
Lost it.
Mismanaged a billion dollars away.
In ten years.
I'm pretty sure I couldn't even spend a billion dollars
in ten years.
What would one buy?!
No, he was an awful business man during those years.
But he kept borrowing money and then
borrowing more money and then
getting more in debt and then
borrowing more money and then
when he got in trouble with his business being in debt
he'd go bankrupt
and get out of his debt.
All the while boasting (ie, lying) about his wealth and
using his boasts and privilege of wealth
to borrow more money and
get more in debt,
ultimately going bankrupt
six times
over 15 years
All the while boasting (ie, lying) about his great wealth and
using his boasts and privilege of wealth
to borrow more money
and get more in debt
and run for political office
based on his boasts (ie, lies, false claims, swindles, cons) of
what a great business man he was
(he wasn't)
and how wealthy he is
(we don't know, because he's very evasive about his money)
But as he was running for the office of president
he assured us he'd release his tax documents
so we could see where his money came from and
to whom he was indebted.
He didn't release this tax documents.
Refuses to do so.
Actively fights to keep them hidden.
This clever business man created a school and made
"millions"
(but we don't know how much because
Trump won't tell us)
off the school
which was eventually found to be a fraudulent university
and was shut down and Trump was sued over it.
At about the same time, Trump donated thousands of dollars to
Pam Bondi
who was in charge of deciding whether or not
to investigate Trump University for fraud/crimes.
Bondi and Trump said that there was no relation to that donation
and the fact that
she decided not to investigate Trump University.
At about the same time
Trump was found to have used his charity
A CHARITY
to enrich himself and his family.
The Charity, like the school, was
shut down as fraudulent
and Trump and his family were told they could
never run a charity again.
This man who was constantly in debt to the tune of
hundreds of millions of dollars
eventually started meeting with
Russians
to conduct
"business"
with them and various Russians have paid Trump
maybe hundreds of millions of dollars
we don't fully know
because Trump keeps his finances secret
and assures us we can trust this man
who cheated with his charities organization
and his university,
who was barred from being involved in charitable organizations,
who lied constantly about his wealth
who used his false claims about his wealth to get loans of
hundreds of millions of dollars, and
promptly "lose" $1 billion,
who has gone bankrupt
six times
in fifteen years
Who has used his wealth to raise
Large Gold TRUMPs everywhere he went
in tribute to his own name
and who built himself
Gold Toilets
on which to shit.
Who said to himself,
‘This is what I’ll do.
I will tear down my barns and build bigger ones, and there I will store my surplus grain.
And I’ll say to myself,
“Self, you have plenty of grain laid up for many years.
Take life easy; eat, drink and be merry.”’
And he made himself merry
assaulting women
and boasting about it
and laughing about it
And used his money and privilege to
force his way into the rooms where
teen-aged girls
were changing their clothes
and he laughed about getting to
ogle half naked teen-aged girls.
Laughed about it on a public radio show.
And some might rightly note that God once said to a rich man
"You fool!
This very night your life will be demanded from you.
Then who will get what you have prepared for yourself?"

"Depart from me, you who are cursed,
into the eternal fire prepared for the devil and his angels.
For I was hungry and you gave me nothing to eat,
I was thirsty and you gave me nothing to drink,
I was a stranger and you did not invite me in,
I needed clothes and you did not clothe me,
I was sick and in prison and you did not look after me."
https://www.cnbc.com/2018/10/02/trumps-small-loan-from-his-father-was-more-like-60point7-million-nyt.html
https://themoscowproject.org/collusion-chapter/chapter-1/
https://www.nytimes.com/interactive/2019/05/07/us/politics/donald-trump-taxes.html
Posted by Dan Trabue at 2:57 PM 9 comments: Links to this post