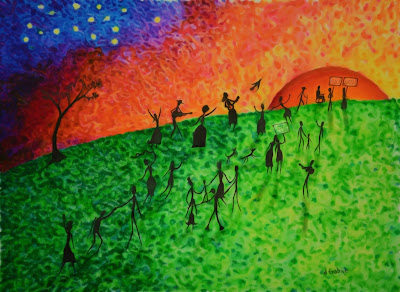 Stan, over at the Winging It blog posted today about the "gospel," and he takes issue with people who believe in the so-called "social gospel" (what WE would call simply, the Gospel) and who Stan tries to mock as "social justice warriors." According to Stan (and I've heard this from others, I'm just using Stan's words as a starting point, but this is directed to the concern raised, NOT Stan, so please, no negative comments about Stan...), the problem with including concern for justice for the poor and oppressed in with the Gospel of Jesus is that those things are flat out NOT part of the Gospel.

According to this mindset, the "gospel" is "defined" by Paul in 1 Corinthians. Stan cites those verses where Paul reminds the Corinthians of "the gospel I preached to you," and, in that passage, Paul cites things like the death and resurrection of Jesus... the sorts of things that some Christians have come to recognize as the Penal Substitutionary Theory of Atonement.

"Eleven verses in which Paul lays out the entire" gospel I preached to you." I'm looking ... I'm looking. Nope. Not one reference to poverty, nutrition, crime, or war.

I can only conclude it is not the Gospel.

Damn. STAN can only conclude that, according to STAN's interpretation of ONE passage from Paul, that concern for the poor and justice for the oppressed is NOT "the Gospel."

I responded to Stan but of course, he doesn't generally read or respond to my concerns I raise to him. So, here's my concern...

Beginning first, with the words of Jesus in the story where John the Baptist (who is in prison) has his followers come to Jesus to try to ascertain if Jesus is "the one," the Messiah...

When the men came to Jesus, they said, “John the Baptist sent us to you to ask, ‘Are you the one who is to come, or should we expect someone else?’”

At that very time Jesus cured many who had diseases, sicknesses and evil spirits, and gave sight to many who were blind.  So he replied to the messengers,

“Go back and report to John what you have seen and heard:
The blind receive sight,
the lame walk,
those who have leprosy are cleansed,
the deaf hear,
the dead are raised,
and the good news is proclaimed to the poor.

Blessed is anyone who does not stumble on account of me.”

What Stan has done is not a problem with just Stan, it's a common problem for many folks. He lifted ONE passage from Paul and decided that those single words of Paul, there, constitute the "entire definition" of the gospel. Or at least that was my question to him (which, of course, he doesn't generally answer)... Really? Are you saying that Paul's words here constitute the entire definition of the Gospel and nothing else IS or CAN BE part of the Gospel?

Jesus NEVER ONE TIME gave Paul's "definition" of the gospel as being the gospel. Jesus regularly uses the term "The Gospel," (meaning literally, "good news" in translation). He sent his disciples out to preach "the gospel," he himself references preaching "the gospel..." but he never suggests the gospel he is preaching is that he will die "for our sins," and his "blood" will "pay for our sins" so an "angry God" will be "appeased." None of that ever appears in the four books ironically called The Gospels.

On the other hand, it appears clear, from Jesus words, that the gospel has a whole helluva LOT to do with how we treat the poor, marginalized and oppressed (i.e., it looks like according to Jesus the "social gospel" IS the Gospel, the good news to the poor of God).

I'm relatively sure that Stan is aware of Jesus' words here, but maybe not.

I wondered to Stan, if he would maybe care to back down a bit from the suggestion that HIS random choice  of Paul's cherry picked words in this one passage equate the definition of the gospel and anything else beyond what Paul says in this one place is NOT the gospel? Maybe he'll respond, we'll see.

My point, again, is not about Stan. It's about those who would ignore what Jesus himself has to say about the Good News he brings, the Gospel according to Jesus, and instead try to force a definition pulled from Paul's words that ignore Jesus' own words and teachings.

Seems followers of Jesus should be wary of such an approach.

Posted by Dan Trabue at 7:33 AM 5 comments: Links to this post

Walking With the Devil 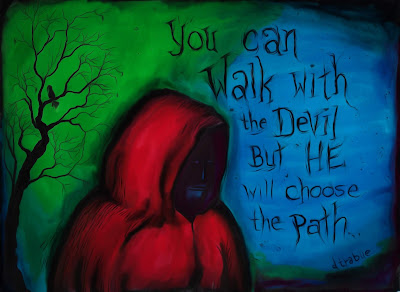 So, for many, many people, it was clear from the beginning that this current president simply was not fit for office.

It was clear to many (across the political spectrum) that this man was a conman and a liar, that he was amoral and undisciplined, that he was abusive and a cheater, that he was woefully ignorant of how government worked and opposed to science, data, norms and reason.

This was apparent to many, across the political spectrum, from the beginning.


We see these last few weeks that it has become even more clear that, even amongst his supporters and colleagues working closest to him, that he is amoral, dishonest, disreputable, ignorant and a threat to basic decency and liberty.

He is unfit for office, it's just increasingly obvious.

The question is, what do we do with that?

Do his supporters continue to support a man who is woefully inept, dishonest, immoral, a threat to liberty and democracy (and this, according to HIS FRIENDS), so long as they "get" a SCOTUS Justice to their liking and a tax cut for the wealthy?

"For what profits a man if he gains the whole world but loses his own soul?"

~Jesus
Posted by Dan Trabue at 7:13 PM 2 comments: Links to this post