Top Ten Reasons Not to Be An Ass 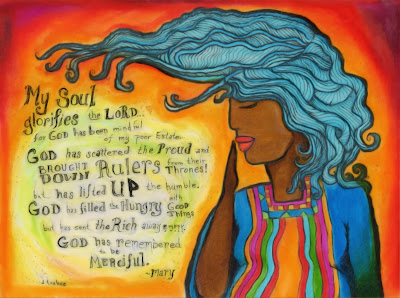 An attempt at a brief review of SOME the arguments against putting immigrant/refugee children in cages/internment camps/whatever... of separating these children from their parents, and of Trump's immigration "policy..."
1. Biblical:
The Bible is exceedingly clear. Genesis to Revelation we see commands/arguments/teachings to welcome the immigrant. Not heeding this teaching is regularly compared to failing to do "for the least of these..." and an attack directly upon God.
2. The war crimes argument:
We cannot treat prisoners of war the way we are treating the children in the for profit shelters/concentration camps. We would be violating war conventions if we did.
3. The child abuse argument:
We cannot leave our children locked in a room laying on a concrete floor with no toothbrushes or toothpaste/basic needs and fail to provide sufficient resources for them... if we did that we would be charged with child abuse and the children be taken away.
4. The libertarian argument:
One of our basic human Liberties is the right to self-determination. This would include the right to live where one wants to live. If someone is moving to a place and not causing any harm in making that move, there is no rational human rights reason to not let the move. Indeed, laws against self-determination would be violation of Human Rights.
5. The Holocaust argument:
Everyone universally agrees (well except for Nazis) that not enough was done to stop people from being killed in Nazi Germany, in Rwanda, and other places where widespread murder and oppression happened. We recognize now that Roosevelt was wrong to not let Jewish children in during World War II when he could have. People died as a result. We need to learn from that lesson.
6. The Golden Rule (beyond any one religion) argument:
If YOUR life was threatened in another land, you would want another safe nation to let you in. Come on, this is easy! Just do what you'd want other people do for you.
7. The don't be an ass argument:
These refugees are just seeking a decent life. Don't be an ass. They are at risk of starvation, oppression, murder and rape where they live and they just want to escape from there. Don't be an ass.
And, in response to some of the attempts to make an argument against legalizing seeking refuge...
8. The "They'll take our jobs" argument:
Data does not support that, by and large. Take it up with the data. Or just think it through... People coming to this nation are People. People will buy food, clothes, necessities... they'll buy stuff. When more people buy stuff, that leads to more jobs, not fewer.
9. The racist "they are murderers and drug dealers..." argument:
Yes, some of them are. Just like some US citizens are murderers and drug dealers. But not the majority, and we don't blame the whole group for the actions of a TINY minority. We don't throw all white preachers in jail because some white preachers molest children. That ideal is not rational or moral. Besides that, the data shows that immigrants are LESS likely than US citizens to commit crimes, so admitting more immigrants in may actually result in lower crime rates! (that's a bit facetious, but still...)
10. The "We can't take in ALL people who want to move here" argument:
Probably not. But we can take in many more. We're not out of space here.

...just off the top of my head. I could go on, but you get the idea. We all (by and large) recognize how wrong our ancestors were to put Japanese Americans in internment camps last century. We recognize that we were wrong for not accepting more Jewish refugees in WWII. We're making these same sorts of mistakes again.
Come on, this should be easy. We're witnessing our nation engage in a great national sin. Let's work for change and for basic human decency.
Posted by Dan Trabue at 7:32 PM No comments: Links to this post

The Binding of the Years 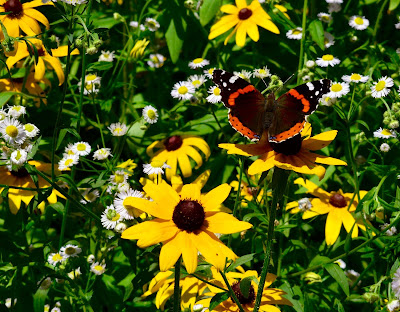 I could see
on the bottom of the creek
a crawdad, scuttling to safety


There was writing
on the old paper,
a message that
was being erased
by the steady flow

...which I translated to say


...the Sun, the moon and the stars,
the binding of the years,
these are what hold us steady...


It is my estimation
that this was from a
diary of a wanderer,
a sojourner and stranger
holding steady to the path in front of her,
the stream, rolling alongside her,
and the stars above her


I added my own words to the water
and walked on.
Posted by Dan Trabue at 2:10 PM 1 comment: Links to this post

Imagine It Was a Conversation... 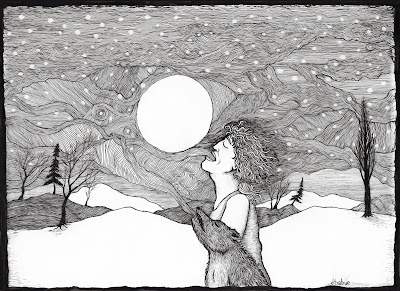 Imagine it was a conversation
instead of a policy

and you notice the perfect little
circle on his forearm
and ask about it,
is that a birthmark?

what from?
you ask

Oh my.
you say

But, surely you don't want to leave your home?

No, surely, I do not.
But
my city,
it is not safe
Do you think I could move to your city?

No, that scar is from the first time I was shot
I have others,
here

he points to his chest

he points to his lower back

These men, they are part of a gang
they promised to shoot me again
and so, I would like to move to your city
Is it safe there?

Yes,
you say
pretty much

But why don't you get the police
to arrest these men who shot you?
you ask hopefully
and not knowing about his police

No
he shakes his head, sadly
The police are owned by these shooters
My city
he explains again
is not safe.
Could I move to your city?

Do you have other family there?
you ask

Maybe you could move there
and live with them?
You offer hopefully
and without knowing about his parents

No
he shakes his head sadly
the cartel,
they killed my parents

My nation
he explains
is not a safe nation
Do you think I could move to yours?

Would you tell this man
Yes, of course, you should move here!
I'm so sorry for the state of your nation and
the pain and
losses you've endured!

Or would you say
No, you can't move here?

and if you'd say
No
What if you were on the
other side
of that conversation?
Posted by Dan Trabue at 8:09 AM 7 comments: Links to this post 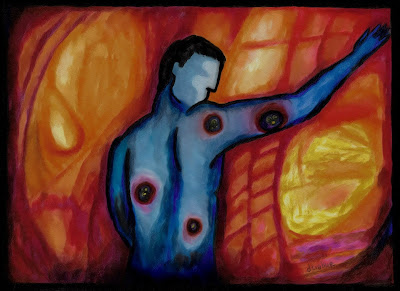 The scar is a jagged hole
ripped through his arm ten years ago.
That scar is matched by others
on his chest and
his back,
holes torn through flesh and bone
punched through his body
by bullets and despair
and into which
bitter hopelessness
might have been poured


and yet,
in spite of it all
a dangerous strength and determination
lives on
believing
that maybe
maybe
MAYBE
these scars will serve to prove that
refuge is reasonable and
welcome is warranted
and the opportunity to
simply
live
can be afforded.

As for me?
Any person who can walk through
hundreds of miles
and dozens of bullets
asking for the simple chance to
live
can be my neighbor, any time.

In fact, I don't think we need to demand
that sort of price of anyone,
and shame on those who do.
Posted by Dan Trabue at 7:04 AM 35 comments: Links to this post