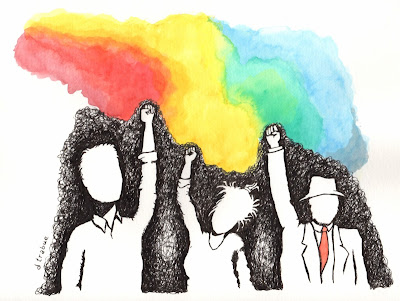 I will find strength
where I have always found strength...


in the Community of those
committed to
Beauty and
Kindness and
Love.
Posted by Dan Trabue at 12:26 PM 100 comments: Links to this post 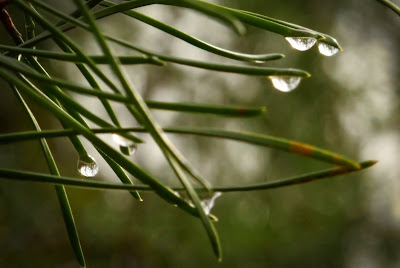 If I looked close enough
and tried hard enough
could I find a reflection of a water drop
reflected through a water drop
and find a world made right?
Posted by Dan Trabue at 3:28 PM No comments: Links to this post 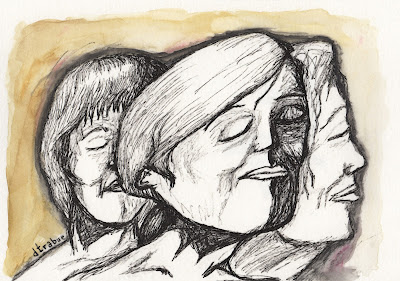 We need to come together as adults. We don't have any other reasonable option.

Look, I hope the GOP is able to come up with a better, cheaper version of healthcare that covers everyone, as much as possible. I hope they can fix the problems that do exist in the ACA as it exists. That would be nice.

But on what basis should anyone believe that they can do so?

Saying, "I really, really, REALLY hate Obamacare! It's a doodyhead plan!" is not the same as actually having a rational, well-thought-out, workable solution.


Basing a "plan" (in this case, repealing the ACA) on a hope and hatred of the old way is not a plan, it's silly, childish, wishful thinking.

Same for Trump and "Russia didn't do it! I don't believe the intelligence community and their data!"
That's fine for him to say it, but based on what? What research has he done? What operatives in the field studying data can he produce? He says he "knows things" but what? He isn't saying what he "knows..."

Saying, "I really, really, REALLY don't want to believe our intelligence community" is not the same
as having rational, well-researched, data-based opinions.

This is the problem with many in the modern GOP and, frankly, many in modern conservatism, unfortunately. They do not operate upon data and research, but on hatred of something based upon fake news and no news and wishful thinking.

It's childish and ridiculous and has no place in a rational government, flawed though it may be.
I say this not to insult all conservatives but to appeal to the best in all of us: We can't operate on wishful thinking and empty claims and fake news. Let us join together and insist upon not repealing one existing and working (if flawed) plan on the hope that maybe, somewhere out there, something might exist that is better. IF a better plan can be envisioned and spelled out and considered rationally, put it out there. But until such time as that happens, do not even speak of repealing what you have no plan to replace.

This is something that surely we all can agree with and rally around, yes?